The porticoes of Bologna, a real lounge of the city 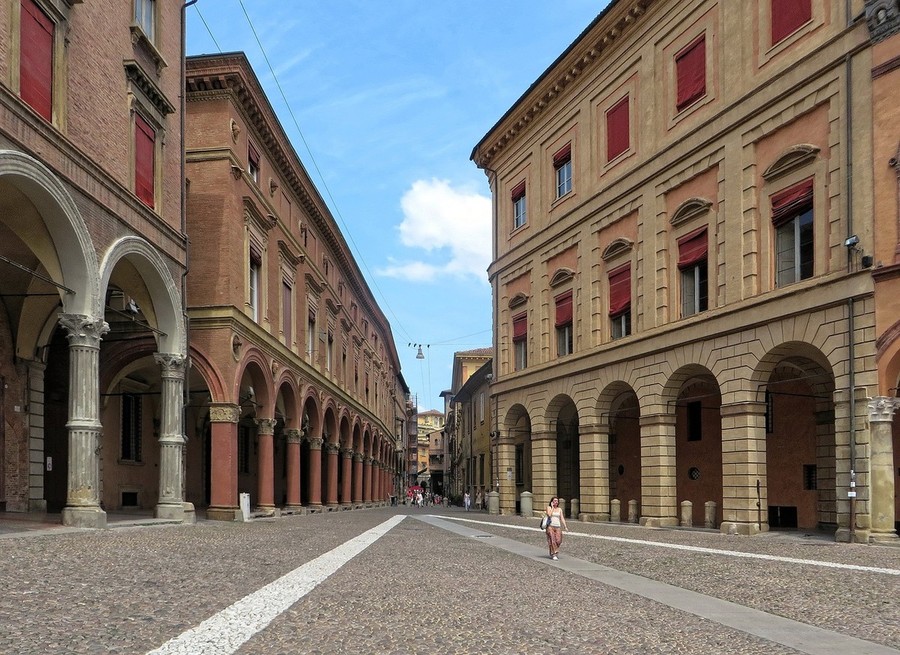 The porticoes of Bologna, nominated as Unesco "world heritage site", make the city of Bologna unique in the world.

The arcades are more than 38 kilometres long in the city center and they reach 53 kilometers in the outside area.

Built in the Middle Age to increase the space of the houses, today the porticoes are the symbol of Bologna, together with the many towers.

The highest portico is around 10 meters tall, in Via Altabella; the narrowest one, large only 95 centimeters, is in Via Senzanome and the longest one is the portico of San Luca, almost 4 kilometers long.